Once again, it was time for Ahare Bangla food festival - a novel venture by the Government of West Bengal to serve the people with age-old as well as modern delicacies of Bengal-food with an aim to create awareness about the irresistible taste and the convenient source of the food products along with the promotion of the food industry in the state.

This five days long food carnival aka Ahare Bangla was inaugurated on 8th Dec at New Town fair ground at Kolkata. Reputed Chefs prepared regular as well as exotic fusion items using all local traditional and new ingredients of the state. Renowned restaurants and caterers of the city had partnered with the Government to bring their diversified cuisine in a unique interactive setting where anyone can see, eat and buy. Four hangers were made as Food Court with a separate and dedicated Court catering to international delicacies. Not surprisingly, foddies had a lip-smacking time there. People from all walks of life were seen gorging on a wide array of items from local favourite fish kabiraji to lamb, pork and quail delicacy. 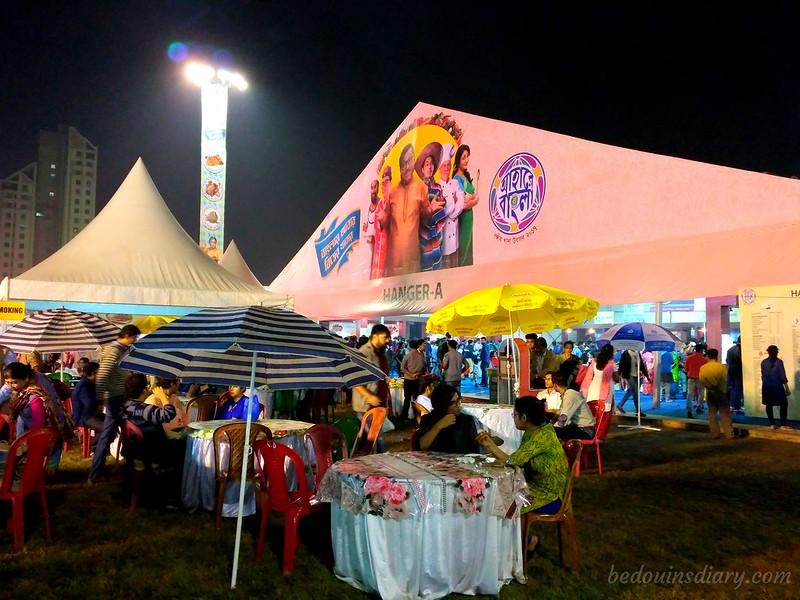 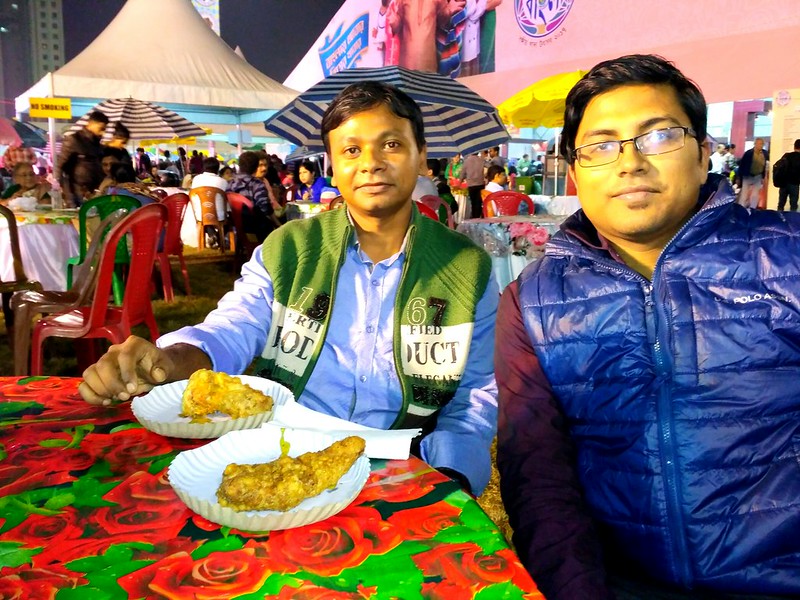 Are you wondering whether there were anything to satisfy your sweet tooth? Of course, no less than 23 stalls were set up at Milam Mela ground to satisfy our taste buds! And after securing a geographical indication tag for Bengal’s favourite rosogolla/ rasgulla, sweetmeat manufacturers in the state were trying new variants of their beloved sweetmeat, the latest being rasgulla flavoured with tulsi, which was unveiled in this festival. While jaggery rasgullas, a winter speciality, are selling like hot cakes at sweet shops in the city, visitors to the food festival were found satiating their taste buds with the new rasgulla variant after feasting on Russian and Chinese cuisine. 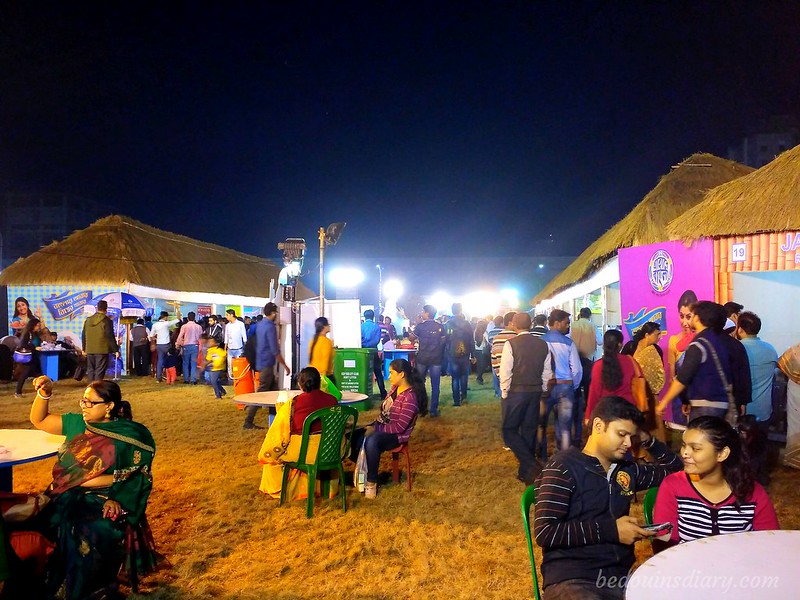 To add flavor, the festival hosted ethnic and cultural programmes with folk songs, modern bangla song, dance to be rendered by eminent artists like Shibaji Chattopadhyay, Sriradha Bandyopadhyay, Dona Ganguly on a three side open stage which enabled the visitors to enjoy the cultural programme while savoring gourmet food.

For the first time, an open to all Cookery Competition was held along with daily talk show and Cookery sessions with renowned chefs.

Popular posts from this blog

October 27, 2017
Located at a distance of around 130 km from the city of joy (Kolkata) and kissed by Bay of Bengal, Henry's Island is an offbeat tourist destination. Vast stretch of empty beach, placid sea, clear blue sky and excellent sea food are some of the attractions of this weekend destination. This beach destination is ideal for travellers looking for tranquility. Here is our guide to get out of the tourist trap and enjoy this picturesque place off the beaten path. 1)  Stay in nature's lap at Sundari Complex Do you want to spend time in nature's lap sacrificing little bit of comfort (air conditioner)? Sundari Complex, managed by Fisheries Department of West Bengal , is the answer to your quest for chilling out in the midst of dense mangrove forest. Bani watch tower inside this facility is the ideal vantage point to watch myriad colourful birds especially during winter. What is more, Henry's Island beach is stone's throw away from the complex. Last but not the least,
1 comment
Read more

10 Essential Things To Know Before You Visit Amritsar

November 09, 2019
1) Guru Ka Langar Do NOT forget to have meals in the langar which operates round the clock. Meals in the langar are simple vegetarian but tasty. They usually consists of rotis, daal, a vegetable dish and kheer. Having meals with strangers sitting in a line on the mat laid out on the floor of the langar hall is a wonderful experience you would love to cherish for the rest of your life. 2) Palki Sahib ceremony Palki Sahib is ceremony of carrying the holy book Sri Guru Granth Sahib to and fro Darbar Sahib and Akal Takht Sahib. Sri Guru Granth Sahib stays in the Akal Takht Sahib in the night. It is carried to the Darbar Sahib by Palki Sahib (palanquin) in the early morning between 4 am and 5 am depending on the monthly schedule. In the same way, at the end of the day, it is carried to the Akal Takht Sahib by Palki Sahib (palanquin) from the Harmandir Sahib in the night at 10 pm. It all happens amidst chanting and reciting of hymns. The experience will surely be etched into memory
Post a Comment
Read more

5 things to know before you visit Chilika

December 14, 2019
1. Chilika has 3 entry points - You are probably aware of the fact that Chilika Lake is the Asia's largest brackish water lagoon and an impressive array of bird life, both native and migrant, makes it one of the best places in India for bird-watching, splashing around in the water and quiet relaxation. And you are planning for a trip to this famous lake listed in UNESCO World Heritage tentative list. But are you aware that there are 3 entry points for this lake? Or do you know Satapada is home to the Irrawaddy dolphin? Or do you know you have to head towards Barkul in order to enjoy water sports? If not, please have a look at these 3 essential things you should know before embarking on a journey to this blue lagoon. There are three entry points to this large lake - Satapada, Barkul and Rambha. All 3 places are well connected by road to Puri, Kolkata and Chennai through National Highway. Satapada is on the eastern bank of the lake is about 50 km by road southwest
9 comments
Read more